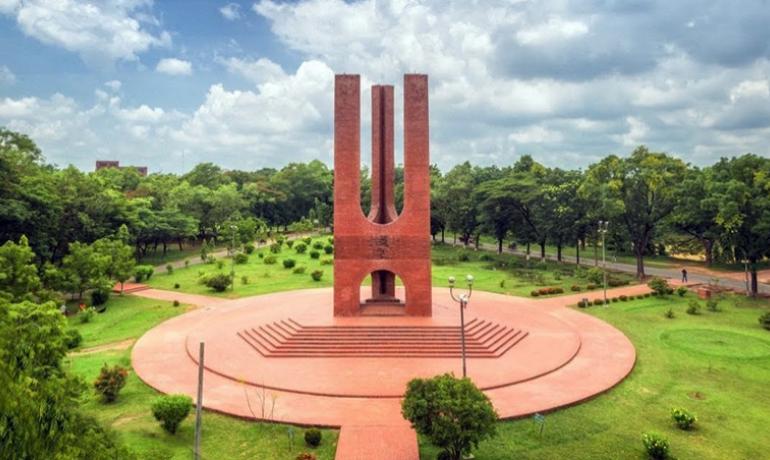 Jahangirnagar University (JU) is a public university in Bangladesh, based in Savar, Dhaka. It is the only fully residential university in Bangladesh, and the university was established in 1970 by the Jahangirnagar Muslim University Ordinance of the Government of Pakistan. Its first vice-chancellor, Mafizuddin Ahmed (PhD candidate in chemistry, Penn State) took office on September 24, 1970. The first group of students, in total 150, were enrolled in four departments: economics, geography, mathematics and statistics. Its official inauguration was delayed until January 12, 1971, when the university was started by Rear Admiral SM Ahsan, the Chancellor. It operated as a project until 1973, when the "Jahangirnagar Muslim University Law" was amended to "Jahangirnagar University Law".
In 2014, the university had 16,781 students, 755 teachers and 1,430 other employees. It has been ranked 3rd on several occasions in the national rankings of public universities.